Data Consumption is on the increase daily in Ireland. People are more likely to connect using GSM or WiFi . All statistics show, there are more devices connecting to networks all around the world daily.  Irish people are one of the highest users in Europe when it comes to data consumption. We love to spend time on the internet, surfing, social media sites, playing game consoles, downloading large amounts of data. Air WiFi estimate that the average Irish home router in a large city uses between 400 to 650Gb of data consumption a month. 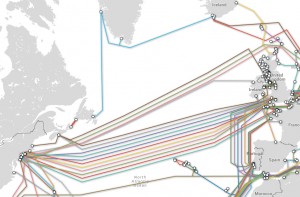 We use Terabytes of Data at our locations.

Locations where Air WiFi have installed and managed, has data consumption figures hitting over 2TB a week. With hundreds of devices accessing the internet every second of the day. People carrying out a multitude of tasks.  Facebook, Twitter, Snapchat and email among other regularly used applications using small amounts of data. These would be low on the data consumption figures compared to Youtube, Netflix, IPTV. Streaming video and sound create greater data consumption and are used regularly. We have found that people who travel from abroad have needs that most of us may not consider. We have end users from different regions of the world.  Movie downloading is common as it enable subtitles for Spanish, German, Arabic movies etc. This is understandable when you consider that few, if any cinemas’ in Ireland offer a facility to provide movies for foreign visitors.

How Your Requests Are Managed.

This behavior among others is driving up the data consumption in Ireland as a direct result of migration into Ireland. The more and more diverse the population becomes the greater the need for communication over the internet. The bigger issue, can the core infrastructure handle the demand? It is not just about the our internet connection. You must also consider the DNS servers etc. and more importantly data connections to and from Ireland that feed the demand.

We can build faster and better fiber networks in and around Ireland. Yet the demand placed on inter-connectors between the continents also need to be updated and increased. You may receive a speed test within Ireland at 12, 50, 70 or even 100 Mbps . Have you tried a speed test to the USA or mainland Europe? You will see a great increase in your ping times coupled with a decrease in your download capacity. Data consumption will increase yet without the vital connections to the outside world things will slow down even more.