Staying in European camping parks in the late 70's, 8o's and mid 90's you would have noticed the European parks had more amenities. Ice delivery, electricity, wash areas for clothes and general cleaning, portable toilet emptying amenities and much more. Entertainment on the parks each night not to mention the swimming pool, amusements and much much more. Irish parks were to catch up and adopt what European parks were doing. 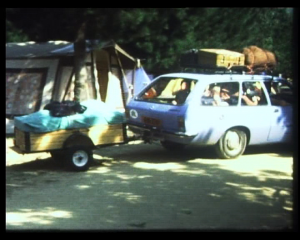 In the last ten years European parks installed WiFi. Originally as a free service around the office and shop with a PC available to pay for and use. Over the past three years the european camping parks have started to change. The majority of parks offer internet access throughout the park under a pay for use system. Parks either contract out the service or manage it themselves. The key to internet is speed and quality and its hard to juggle both in rural Ireland. European camping parks have adopted and changed this service over time.It is clear that European camping parks are moving away from "free" offering WiFi access at a cost to the visitor. Suppliers to this market make the choice of increasing site fees or to charge for WiFi ? It is up to park owners to make this decision.

Is WiFi a service you have set up, or are considering setting up at your park?

What European camping parks did.

Provided a free WiFi service. Discovered the true cost of providing the service.

Absorbed all the additional costs. Then started charging for a good service and used it as an attraction.

So who is going to pay for this "Free WiFi"?

European camping parks may have the benefit of having suitable internet connections available. They can supply the demand with enough bandwidth. So will Irish park owners take advantage of what has been learnt by foreign parks. Will Irish Parks take a step further and create a WiFi service which can bring great benefits. Allowing visitors move seamlessly from park to park connecting to the WiFi as they move. For now we can just sit back and wait, as more and more parks deploy WiFi and learn about the WiFi business.