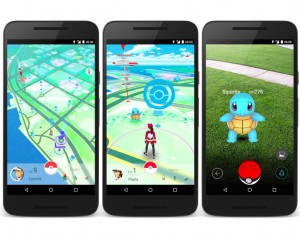 There is an app on the market causing people to run around crazy. The Pokemon Go is an app where you can collect creatures that appear around you. Given the name Pokemon Go you would think it might catch the attention of 18 to 23 year old. This would be the age groups that first watched the cartoon. They would have also collected Pokemon cards.

Yet this app has captured all age groups. People in their 40s and 50s have been equally attracted to the app. Seen running around cities and country's gathering objects.

What Is Objective Of Pokemon Go?

The objective is to gather the Pokemon by seeking them out on your travels. There are gyms and pokestops located in public areas which are displayed on a map. This map displays your location and your surrounding gyms and pokestops.

When you open the app you appear and as you walk around you seek Pokemon. When there is a Pokemon nearby it shows on the map. You tap on the Pokemon and the device camera opens up. You then see the background in the camera with a Pokemon standing in front of you. Next you flick the Pokemon ball forward to hit and capture him. You collect the creatures and move up levels which gives you access to the gyms and more.

We have spotted people walking around with their eyes glued to their phones seeking out the creatures. All over Ireland this game has taken off with people even walking around on the hottest days of the year in a packed Dun Laorie. Pokemon are the idea of Satisho who has autism and he based his idea on collecting bugs. His idea has revolved full circle with the popularity of mobile devices. Smartphones enable his overall vision to be achieved. Now 20 years later people are running around the world looking for his creations. Collecting his bugs!