WiFi Signal - Out of box.

When setting up WiFi in your home things are plug and play. You have a WiFi router supplied by your provider. You plug it in to the phone socket and after a few minutes your up and running with a WiFi signal. 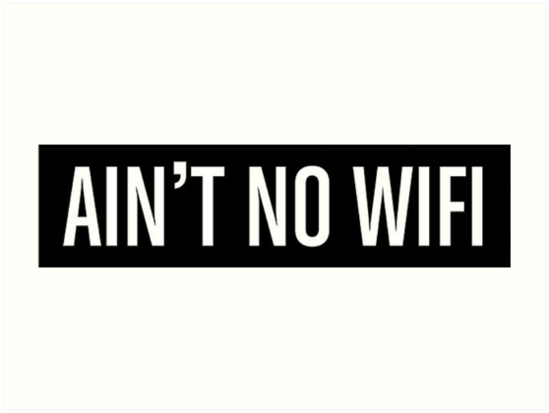 When your WiFi Signal goes wrong!

A person got e-fiber in their house and the router was fitted at the front door. They had a great WiFi signal and were getting speed tests of 70 Mbps. Over a few days they noticed that when in the kitchen 6 meters away from the router their WiFi signal was vanishing.

We called and ran tests to discover that their was interference causing the wifi signal to fade. As we tested some more we realised that the only rooms affected were down the hall,  sitting room and the kitchen. When upstairs in similar areas to the sitting-room and kitchen the signal was much improved. We started to break down the usual issues baby monitors, cordless phones, intercom to be left a bit confused. Out of the blue it hit us that the thermostat for the heating was on the wall in the hallway. On inspection it became apparent that the thermostat was wireless. The frequency and channel were causing an issue. So we changes the router settings and re ran the tests. There was a marked improvement in the WiFi signal strength.

See your WiFi signal is only as good as the quality of the air surrounding IT. If the air waves are congested with other equipment emitting a signal in the band/channel. Or the signal emmitted from the other device is overpowering the airwaves your signal will derogate, break down. The only way to detect this is to test your location for 2.4 & 5Ghz frequency and carry out site surveys.

The 5Ghz outdoor ranges are quite restricted and care needs to be applied when setting up back-haul network around open areas. Another camping park's WiFi signal could be interfering with yours and both parks are experiencing problems. Each park's network technician are busy altering settings counteracting the others approach. Another thing to watch is when everything has been working fine and out of the blue there are problems. Anything can have happened outside of your network (park) . A local internet provider connected a client using 5Ghz connection and it cuts straight through your park. Now equipment is crashing or not behaving.

We have built up experience from resolving problems. We are specialized in WiFi.

You don't go to a vet if you need a Doctor!

Contact us with your issues and we will resolve them!